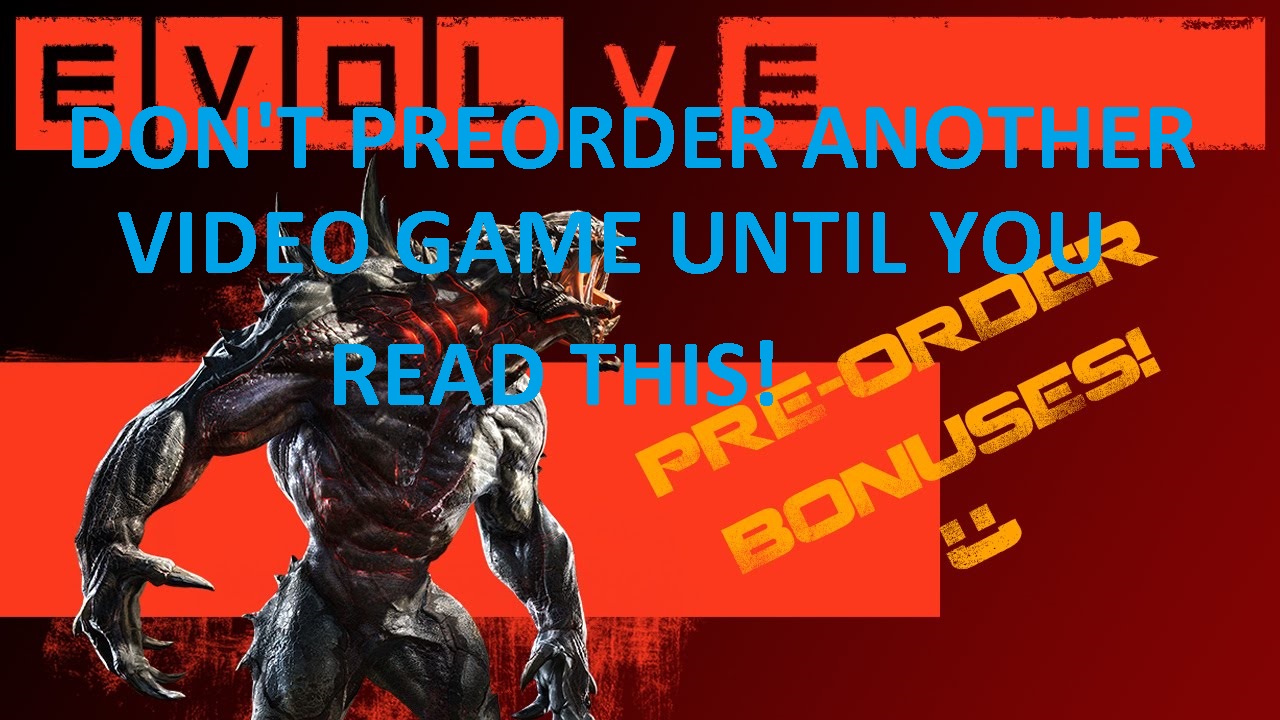 We’ve all done it and it seems like a great idea.  Well, it used to be a great idea, back when games weren’t available through digital download.  The local video game store would have your copy waiting on the day of release and the money upfront helped smaller game development studios get the ball rolling.

Now, preorders are just a way for game studios to take your money before they even finish making the game and it has a huge negative impact on the game’s finished quality.  Large game studios such as Infinity Ward, DICE, and Red Rock Studios don’t need the preorder money upfront because they have loads of capital ready to go.  Games are available through digital download so there is no issue of not being able to find a copy in stores anymore.

Game studios know that you will give them your money and that you won’t complain much if the game is terrible.  They get the attitude of “We already made our money on the game, no need to do a good job.”

If a game title didn’t get a single pre-order the developer is pressured to put a lot of effort to make sure the game is of the utmost highest quality to insure that the most people purchase the game so their development cost isn’t a waste.

How many games didn’t live up to your expectations?  How many were REALLY worth the money you gave those companies?

I’d wager that the majority of games that you have paid for weren’t worth what you paid.  The majority of the remainder weren’t purchased for the game itself but because your friends were playing it; you bought it because it was something to do with your friends.

I’ve said it before.  Twice before actually.  Game developers KNOW that they can take your hard-earned money and produce sub par video games and you’ll keep coming back.

Look at the “Call of Duty” series to include Black Ops and all related games.  They are all very much the same.  It’s a multiplayer game that dies out when your friends move on, probably to the next installment.  Sprinkle on a very short and poorly written single player story and then add in a zombie mode and you have every single Call of Duty title since the first Modern Warfare.

Other titles aren’t free from poor quality.  Look at Titanfall.  Once your friends stopped playing that game, so did you.  This time it only took about 3 weeks before everyone forgot that they had spent $60 US Dollars on that title.

Destiny will follow suit.  Dying Light is in that group.  So is Evolve, which will probably be the most short-lived of them all if Turtle Rock Studios doesn’t start cranking out some content that adds to the replay value.

Do you see where I’m going here?  If not, keep reading.

I have completely stopped preording 99% of my games.  I first do my research and ask myself the following questions:

I also research actual player experiences instead of what the studio wants you to see.  A lot of times they will show you the top 5% of a game and hold back the crappie aspects about their game.  So I look for average players that aren’t in bed with the studio playing the game.  Whenever possible I play the beta test for the game.  If the studio still does things right, I give the free demo for the game a shot and that is something we barely see anymore.

If you still aren’t convinced, Boogie  hits it up with this video and explains it further: