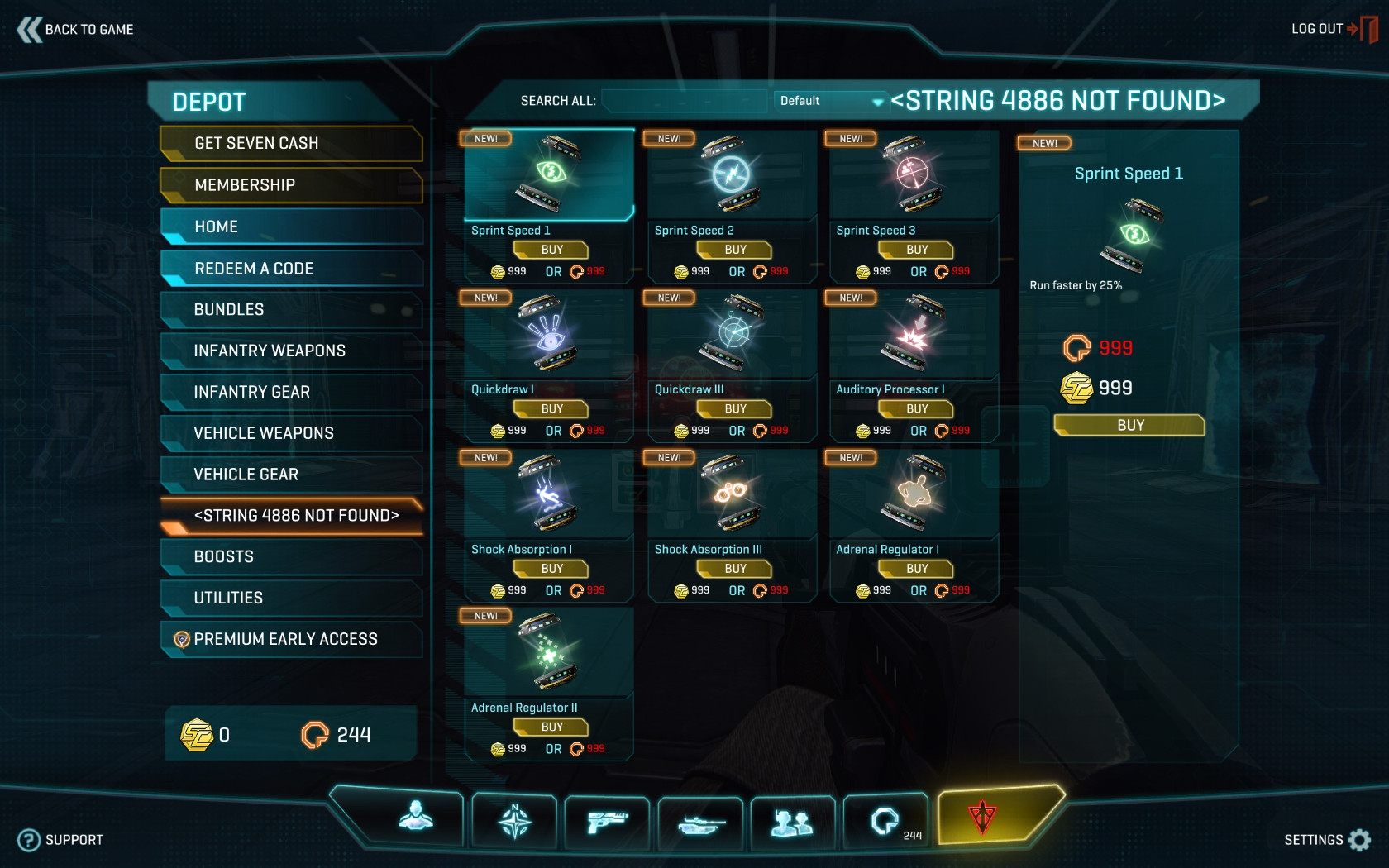 In PlanetSide 2, implants will be an item used somewhat like a boost that will upgrade a player’s ability in a particular way for a short period of time.  They will allow players to enhance their character’s ability in a small way in order to better cater to the player’s preferred playstyle.

Implants were an original part of Planetside 1, however they were much different than the proposed implant system for Planetside 2.  In PS1, implants were a semi-permanent installation and a player could have up to three implants installed at once.  Implants would remain installed to the player until that player chose to change his or her implants out with another implant selection. 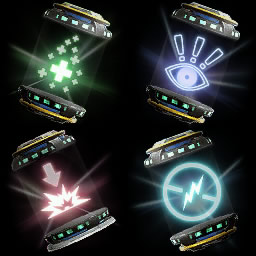 In Planetside 2, implants will be different according to official sources on their development.  Implants will be short lived – they will last only a few hours.  They can be purchased like an experience or resource boost for station cash or certification points (boosts can only be purchased with station cash) and they can be picked up in a random loot system when killing enemies or destroying vehicles.  They will be loaded into or attached to a specific loadout – for example a player might attach an implant to his infiltrator loadout and only while he is actively using that particular infiltrator loadout does the timer for that implant tick down.

Implants were originally scheduled to be released with Game Update 13 (July 24th, 2013) but the implementation was pulled a week before release due to an overwhelming amount of negative player feedback on the design and implementation that was proposed.  John Smedley (President of SOE) was the one that made the public announcement via Twitter with two posts.  (Tweet 1 – Tweet 2)

On January 23rd, 2013 an official post was made on Planetside2.com’s forums stating that implants have once again been put on the roadmap and that they are tentatively scheduled to be released April 2014.  It was also released that there would be a tier system for implants with up to four power levels for each implant – the higher the power level the more potent the effects of the implant will be.

Below is a list of the proposed implants that would be available upon release.

What implants are you looking forward to and why?