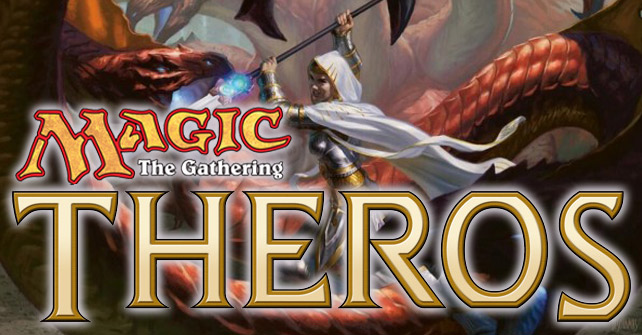 It’s been some time since I’ve had a chance to write an article.  A lot has happened in standard early on in this new era.  Devotion came out in waves and is a driving force in standard.  It’s going to be an exciting standard season.

The first deck I was playing was Esper, as good as it was I just didn’t feel right with it.  I moved to Junk from there a more midrange deck with powerful creatures.  You can see both deck techs on my YouTube (http://www.youtube.com/counterbob8).  The first week I was playing it, it was flawless but the next week it was miserable and I felt helpless.  I then moved to a B/W deck similar to the Pro Tour Top 8 deck but I made it a tad more aggressive with Cartel Aristocrat and Xathrid Necromancer.  That deck got me to Top 8 of FNM but had its holes. The next week I added green for cards like Varolz the Scar-Striped , Abrupt Decay, and Voice of Resurgence.  The deck had powerful draws and lots of synergy but the mana was clunky and it ended up costing me a match going for Top 8.  It’s definitely a deck I have on my radar going into the next set.  That brings me to this week’s FNM where I’ll be playing the BUG midrange deck Gerard Fabino has been streaming with recently.   There is a Deck Tech I did for that on my channel as well.

With that I wanted to do some testing of the BUG deck on Magic the Gathering Online but I was short some tickets and didn’t want to go crazy spending money on tickets to get the deck.  So I looked at the Boros deck that won the most recent SCG Open.  I compared it my B/W humans’ deck and end up morphing my B/W deck to be a similar version of the Boros deck.  Now earlier in the week I made a Deck Tech on the B/W deck and its actually uploading as I write this.  That deck I did the video on is slightly different. I made some comments in that video which led me to the list I played online.  Getting the cards for the B/W deck actually left me with a decent amount of tickets so I was happy.

I played in a daily and a few 2 mans with the list changing a few things here and there as I played the deck.  Over the course of the night I played the following

Overall right in the middle. In those games I learned a lot about the deck made some changes. My sideboarding needs some work as I learn what I need to keep in and side out for each match-up.  With more tuning and practice I can defiantly turn that into a better record. Against mono blue and mono black the deck felt so smooth and good. Esper I had some mulligan issues and not aggressive enough starts to power through a Blood Baron.  The R/W deck is what through me off. It was basically the Naya Control deck Brad Nelson had played just without the green.  We went to 3 games. Game one was a fight but I ran out of gas. Game 2 I blew him out in 6 turns.  Game 3 I mulligan to 6 and it wasn’t that good of a start compared to his all removal spell start. I couldn’t get a good board state. He went turn 5 Assemble the legion turn 6 Elspeth and I was done.  Before that game I had put a Glare of Heresy in my side but after that one I added a second.  It’s a card I need in the side for a lot of match-ups; from that deck to Esper it’s very good.  Another card I want to find more room for is Celestial Flare.

But for now here is the list I finished the night with:

I’m trying out Immortal Servitude against control to potentially recover after a verdict but that is a slot along with 1 doom blade that I may add 2 Celestial Flares.  Flares come in against the Blood Baron decks but its hard to bring a card in against Esper that is only really for a narrow situation but that situation can be game breaking.

I originally had the 3rd Thoughtseize in the board but I brought it to the main to make room in the side and I took out a Tormented Hero.  Hero is interesting it brings my 1 drop count to 11 instead of 12 but having black on T1 isn’t always easy and actually lets me drop 1 swamp for a plains as I noticed I needed a little bit more in that department.

Another card I kind of want to try out its God’s Willing.  I would play it over Brave the Elements as the basically do the same thing.  Very rarely last night I used Brave to push through the whole team. A lot of the time it was used to save one guy from a removal spell. Having God’s Willing will let me save Hero and Necromancer.   The big thing about the card is the Scry ability which makes it look so good to me.  Even with 22 lands I was getting flooded out at times and having more scry will let me push those extra lands to the bottom.  It’s something to test out.

Thanks for Reading
-Bob