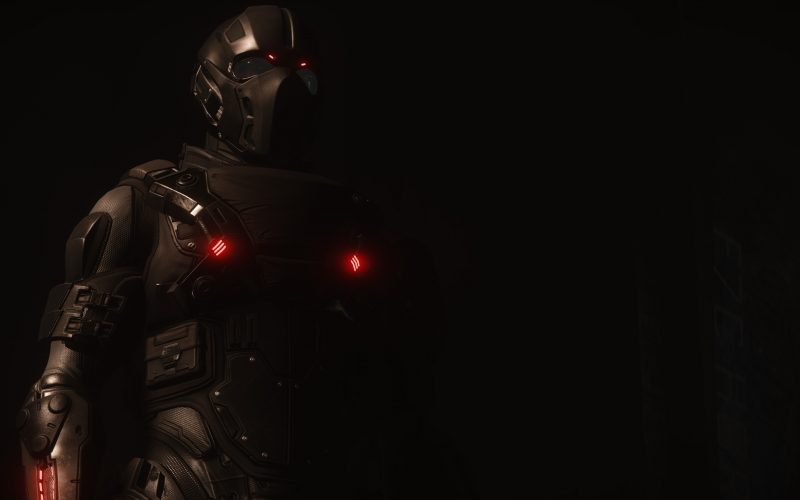 Calling All Devs
-Thrusters, countermeasures, missiles, and a few other systems are still waiting for conversion to the Item 2.0 system.
-CIG is working on misfire and malfunction aspects of a item decay/wear with Item System 2.0. Or just talking about working on it, maybe?
-Warp drive top speeds are slower for small ships and faster for big ships, acceleration is the reverse. Old news but now implemented.
-CIG wants things to look cool with ships arriving separately so it is an intentional design decision that grouped ships will still obey the above rules and not use a Eve style fleet warp speed.
-CIG is using cost and maintenance as the control factor for using high end gear versus using lower performance gear. Old news, but they’re staying committed to it apparently.
-Players have made a request of CIG that Arena Commander be made to, or have a mode to, reflect the combat of the live universe with no arcade power ups and other less accurate aspects of arena commander.
-CIG minces words a lot but this request ultimately will not be met as Arena Commander player numbers are so low that the ability to gather consistent games is in doubt. CIG directly says that the numbers are so low there’s fair odds they can only fill one game session at a time with players.
-CIG views it as very difficult to balance the ships so that players will have fun fighting eachother in Arena Commander, to the point that they seem to think it’s not worth trying at this time.
-The vast majority of players are now using the PU and that is the focus of development.
-Resources for UI development are a “nightmare” to get.
-There was talk earlier in the year of hiring a team specifically to work on Arena Commander and Star Marine, if that happens then development of those modes may resume. If that happens…
-There’s a bit of a long answer about mission difficulty, basically harder missions are expected to take more people or bigger ships to complete with player discretion on how much difficulty they can take on with their friends/equipment being key.
-NPC pirate interdiction will always remain on the easy side because it’s not at the players discretion.

Around the Verse
-Star Citizen 3.2 launched two weeks ago! Players have been busy mining for the past two weeks.
Seriously, if you spent more than 20 minutes mining I’d advise you to give your head a shake and think about better ways to waste your time/life.
This entire show is now just pretty pictures, videos, concept art, and talking about bug/content fixes coming in the next minor patch.

Reverse the Verse
No info this episode as far as I can tell, just CIG showing how they draw concept art like one of those Youtube videos on how to draw concept art. Amazing.

Production Schedule
-3.3-
Asynchronous Background Spawning moved forwards by 35% this week so that’s good, the rest of the network tasks moved forward by 0% to 6% and are sitting at at wide range of completions.
Network Bind Culling has been sitting at 55% for a few weeks and Object Container Streaming has started development and made it to 13% over the past few weeks.

TL;DR
-Ships warp at different speeds and accelerations based on size, no fleet warp speeds by design because CIG doesn’t want ships arriving all at one time.
-CIG is continuing with their development path of having cost and maintenance being the control factors on higher performance equipment.
-Development on Arena Commander and Star Marine has basically ceased/paused because player counts are so low and CIG cannot dedicate resources to them.

Bitter Salty, the Rantening
It has come to my attention that some of you have been doubting the potency of my eternal rage boner, rest assured that it only ever lowered to a sort of half chub of disappointment and contempt.
This week as seen it has engorged itself to its full power and stands ready to assail itself on your (Solar’s) hopes, loved ones, and anything else you hold dear.

Well guys, we finally got our answer about what the hell CIG was doing with Arena Commander and Star Marine.
Sweet fuck all, they’re going the way of the Tutorial before them it seems.

CIG’s logic being that the game modes that they haven’t worked on in years aren’t getting enough players anymore to justify dedicating resources towards making them suck less.
Community suggestions that CIG start using Arena/Marine to start balancing ships, weapons, and systems were effectively met with a smiling and glass eyed response of “That’s a great suggestion but the games just not ready for that yet”.

While what CIG says about the majority of players using the PU is true that also ignores the fact that CIG has spent years completely skipping out on their previous talk of adding basic multicrew and other basic core gameplay to arena commander.
It’s gotten to the point where the PU is the only really viable place to even see anything that passes for development with Star Citizen.

CIG has grown so directionless that they can’t even be bothered to get Arena Commander into a state where it can be used for its originally envisioned purpose of balancing combat to some degree, balance and engaging gameplay are just some sort of conceptual item to be added to the production roadmap for another year.
“Star Citizen doesn’t need to be fun and engaging this year because we’ve got great ideas coming next year!”

The talk of hiring a team to renew development, of these now apparent sideshow games, is basically community pacification, anyone hired is going to get thrown into CIG’s development abyss and end up trying to bail them out on one of the dozens of other key areas they are severely far behind on.

Without a core nucleus of gameplay to form players around Star Citizen’s future is a series patches that release once per quarter, introduce a new mechanic or two that you can play for a few hours, and then a wait of a few months before you repeat that cycle again.
And that’s going to repeat for a few years potentially before enough core mechanics are in place to reach a sort of critical mass that gives people anything to really play.