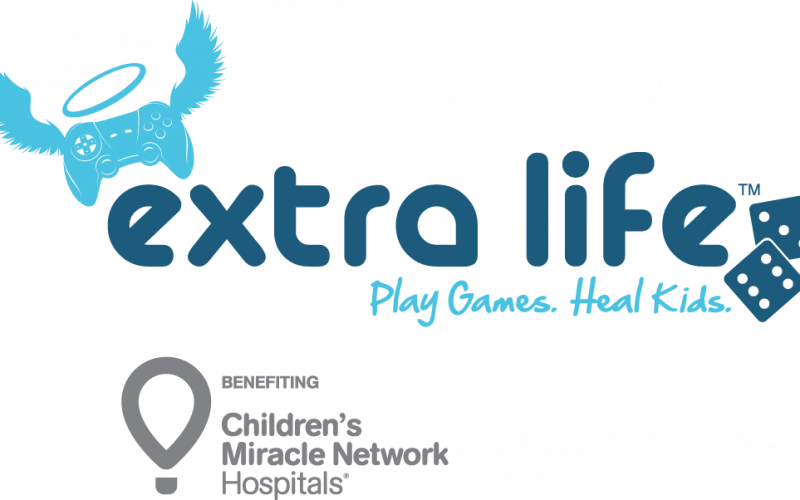 Extra Life is a fundraising event, the proceeds of which go to branches of the Children’s Miracle Network Hospitals. 100% of all donations go directly to the hospitals. Extra Life was formed in 2008 to honor Victoria Enmon, who was suffering from acute lymphoblastic leukemia.

An Extra Life Marathon is a donation drive hosted by a video gamer.  The video gamer will run a live video stream of the games he or she plays and will often invite friends to join the drive.  The gamer or gamers will provide commentary aimed towards raising awareness of Extra Life and Children’s Miracle Network Hospitals and the miracles they help provide for children in dire need.  These marathons typically run for 24 hours and have a donation goal decided by the host.

Justin, better known as “Anski”, has been a friend of mine through video games for well over a decade.  When I heard about his Extra Life marathon, I had to know more.  Once I knew more, I wanted to help him out.  I felt an interview to help raise awareness for not only his marathon but also Extra Life in general would be a great way.

You can follow, watch, and donate to Justin’s Extra Life Marathon on November 4th, 2017 here:  https://www.extra-life.org/participant/justin – Regardless of whether or not you enjoy video games, Justin’s effort is for an amazing cause so let’s see if we can help him surpass his goal!  If you can’t donate, simply share this page!

In your own words, what is an Extra Life marathon?
I think of it like a run/walk for cancer. The actual event isn’t necessarily related to the cause, but it is designed to raise awareness and get people involved in something.

What got you started with Extra Life?
I was actually a fairly active member of the now defunct site (SarcasticGamer) that started the Extra Life event. The original event was a monetary and gaming related donation drive for a young girl who was battling cancer. I donated at that time, but sadly she lost her fight. After that it became a yearly charity drive for sick kids, which I participated in every time.

Why is Extra Life so important to you?
I have a soft spot for sick kids. Originally, Extra Life was a directed at the Texas Children’s Hospital, but a few years in they partnered with the Children’s Miracle Network and opened the door for participants to raise money for the CMN hospital of their choice. Since then, my play time has been pledged to the University of Iowa Children’s Hospital, where I had open heart surgery as a child.

How many Extra Life marathons have you participated in/hosted?
This year will be the 9th year I have had some involvement in Extra Life.

When will your Extra Life Marathon be?
Saturday, November 4. Maybe starting around 7am Eastern.

What is your goal for your Extra Life Marathon?
My monetary goal is set at $1000. My non-monetary goal is to have fun and spread some awareness not only about the event itself, but in helping sick kids.

Will anyone be joining you on your Extra Life Marathon?
I have a few friends that usually join me for the event. Some that stay for the duration, and others that pop in and out. I appreciate them all for hanging out! As I get older, doing this 24 hour event all at once gets more daunting, and I would never be able to stay awake without people to banter with during it.

What games will you be playing during your Extra Life Marathon?
This is a funny one. For a lot of years my friends and I would make a list of games to play, most of them multiplayer and some solo. Every year, without fail, we hardly ever stuck to that list. It’s weird how long 24 hours seems, and how you think you will be able to get so many games in, but end up with only a few.

Some a few of our go-to games for when we’re all online are Killing Floor and Sonic & All-Stars Racing Transformed. Yes, seriously.

How can people help you with your Extra Life Marathon?
The obvious answer here is: donate! That is, after all, what the whole event is about. Clearly not everyone can, which is totally fine! Spreading the word about the event is really the most helpful. Having people aware that it is even happening is always great. That is how we get so much support each year!

Can the public join your games during your Extra Life Marathon?
We generally keep our games to just us, but that isn’t some hard and fast rule. It also really depends on the game! Some just lend themselves more to public interaction than others, and most of our games are the type that generally don’t.

You can follow, watch, and donate to Justin’s Extra Life Marathon on November 4th, 2017 here:  https://www.extra-life.org/participant/justin – Regardless of whether or not you enjoy video games, Justin’s effort is for an amazing cause so let’s see if we can help him surpass his goal!  If you can’t donate, simply share this page to help spread the word!