In a nutshell, Star Citizen is an upcoming space sim video game.  It will consist of two main components: First-Person space combat, mining and trading with first-person shooter elements in a massively multiplayer persistent universe and customizable private servers.  Squadron 42 is the single-player campaign and is being released as a separate title.

You’ve probably heard them used together.  Simply put, Star Citizen is the massively multiplayer persistent universe game title. It is a sandbox where players can choose their destiny.  Squadron 42 is the story-driven single-player/co-operative multiplayer campaign.  Two separate titles, same game universe and they tie in together with each other.

In Squadron 42, players will take on the role of a rookie UEE Navy combat pilot. The game will consist of and be released in 3 episodes. The first episode, due out in 2016, will have 70 missions which will total up to roughly 20 hours of gameplay. The storyline in non-linear and is set to allow players multiple solutions to complete each mission, choosing their story.  The captivating story of Squadron 42 will be reinforced with experienced professional actors and stunning cinematics.  With an all star cast with names like Gillian Anderson, John Rhys-Davies, Mark Hamill, and Gary Oldman Star Citizen is sure to deliver a single-player campaign that hasn’t been experienced in well over a decade, putting it lightyears ahead of other competing titles.

Watch the Squadron 42 Cinematic Trailer that started it all in 2012.

Do you want to know more about gameplay aspects?

Here are some, but not all, roles that can be played in Star Citizen:

About the Game Universe

Star Citizen offers an ever-expanding galaxy that players will navigate and build. Be the first to set your eyes on untold astral wonders.

Join the raging battle lines between human fighter pilots and Vanduul raiders in the depths of space. Locate lost derelicts and xeno-artifacts and priceless commodities in hundreds of ports and locations beyond.

The world size will be roughly 120 star systems, each with various numbers and types of planets, moons, and asteroid belts.
Star Citizen will also implement procedural generation. In most cases, this technology will be used to initially create each planet. Once the planet is satisfactory via procedural generation tweaking, cities, star ports, and other locations will be hand crafted by CIG’s world designers.  Check out the video on Procedural Generation in Star Citizen.

Check out the ARK Starmap of the game universe!

When does the game come out?

Star Citizen (persisent multiplayer universe) is anticipated to be completed in 2017. Squadron 42’s first episode should be released in late 2016. Cloud Imperium Games has had a bad history of not meeting set dates so they have stopped publishing specific dates that are too far out to be accurate. Ultimately, the game will be complete when it is complete. It’s a massive undertaking and a lot of people consider Star Citizen and Squadron 42 to be the most ambitious game development endeavour of all time.

Parts of the game are already out and playable.  It is being released and tested in modules.  There are currently three modules that are released and available to anyone who has a game package:

What’s up with the game packages?  How is this game funded?

Game Packages used to be called “Pledges”.  The game is crowdfunded by players buying game packages, additional ships, equipment, and a variety of Star Citizen/Squadron 42 “swag”.  The game is currently up to $107 million in funding and over 1.1 million players and those numbers grow by the minute.

Live funding stats and all of the stretch goals can be found here. 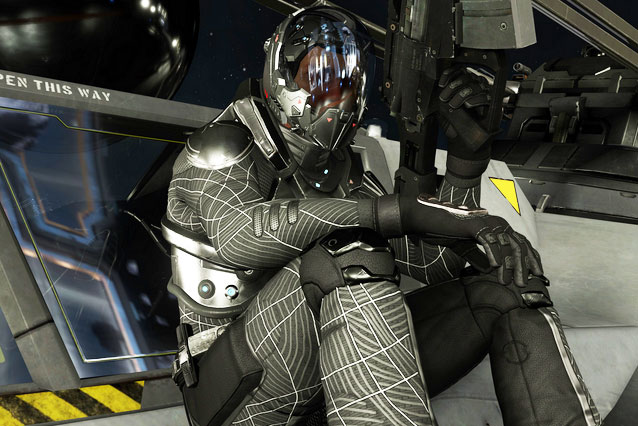 Here’s are the steps to get started:

“Some of these ships cost hundreds of dollars!” 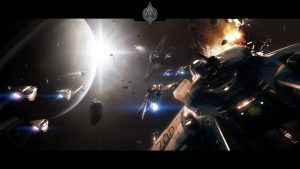 Star Citizen can get expensive.  It scares a lot of potential players away from it.  We’ve all heard the stories about people spending thousands of dollars on a game that is still in development.

Luckily, it doesn’t have to be that way.  You can get into the game for as little as $45 and still fly a solid selection of those expensive ships.  All for $45.

The Aurora LN game package gives you access to the currently released game test modules, Squadron 42 (single player story campaign, when released), and the full game of Star Citizen.  For $45, you are getting a AAA title.  If you hurry, you can get Squadron 42 included in the price… that’s TWO (2) AAA titles for $45.

The Aurora isn’t a bad starter ship.  It can be fitted and configured to perform most roles in the game:  Combat, Mining, Transport (cargo or passenger), Exploration, Bounty Hunting, Recon.  Really your imagination is the limit and that is what makes it a great ship to start out with and get a taste of all the game has to offer.  Furthermore, most backers only have a starter ship. As shown by this census data taken in 2014 of the Star Citizen playerbase, 43% of players had the Aurora and according to Chris Roberts roughly 60-70% of players only have a starter ship.

There are other ship options.  Some are more expensive.  There is a $45 Mustang Alpha game package.  The ship is smaller but more aggressive but less suited for non-combat roles.

Of course you can go more expensive, but do you really want to?  The game is due out soon and ships can be earned by actually playing the game.  While nobody is certain how much time will be required to purchase a larger ship in-game, a lot of people are holding off.

You can upgrade your ship, too.

You aren’t stuck with the ship you buy, either.  There’s no buyer’s remorse.  “I should have gotten THAT ship instead.”  There’s always ship upgrades.  Say you spend $45 now on an Aurora but you really want that Hornet F7C.  The ship’s cost $35 and $110 respectively (no game package, just the ship).  The Ship Upgrade option allows you to just pay the difference and trade the Aurora in for the Hornet. 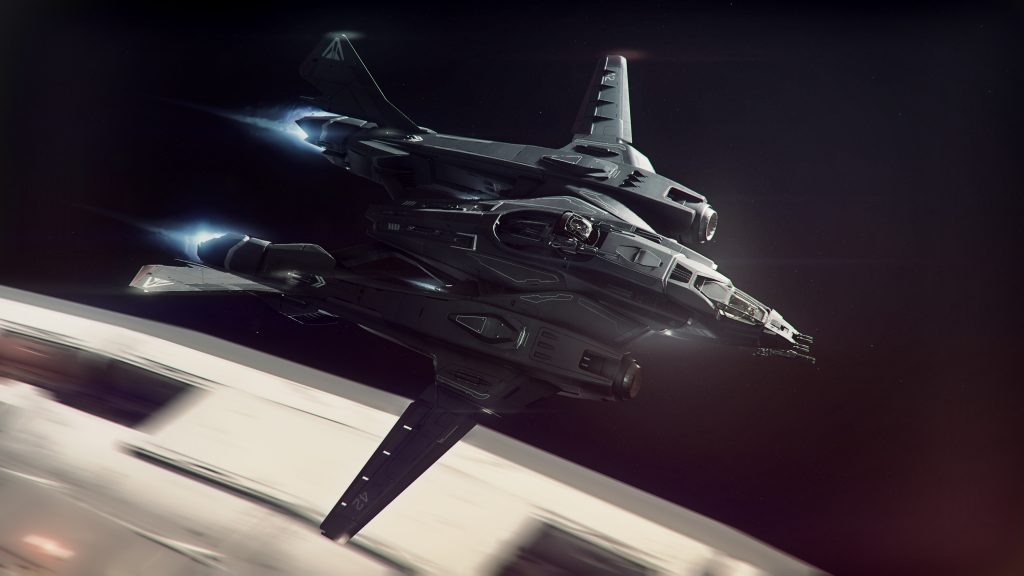