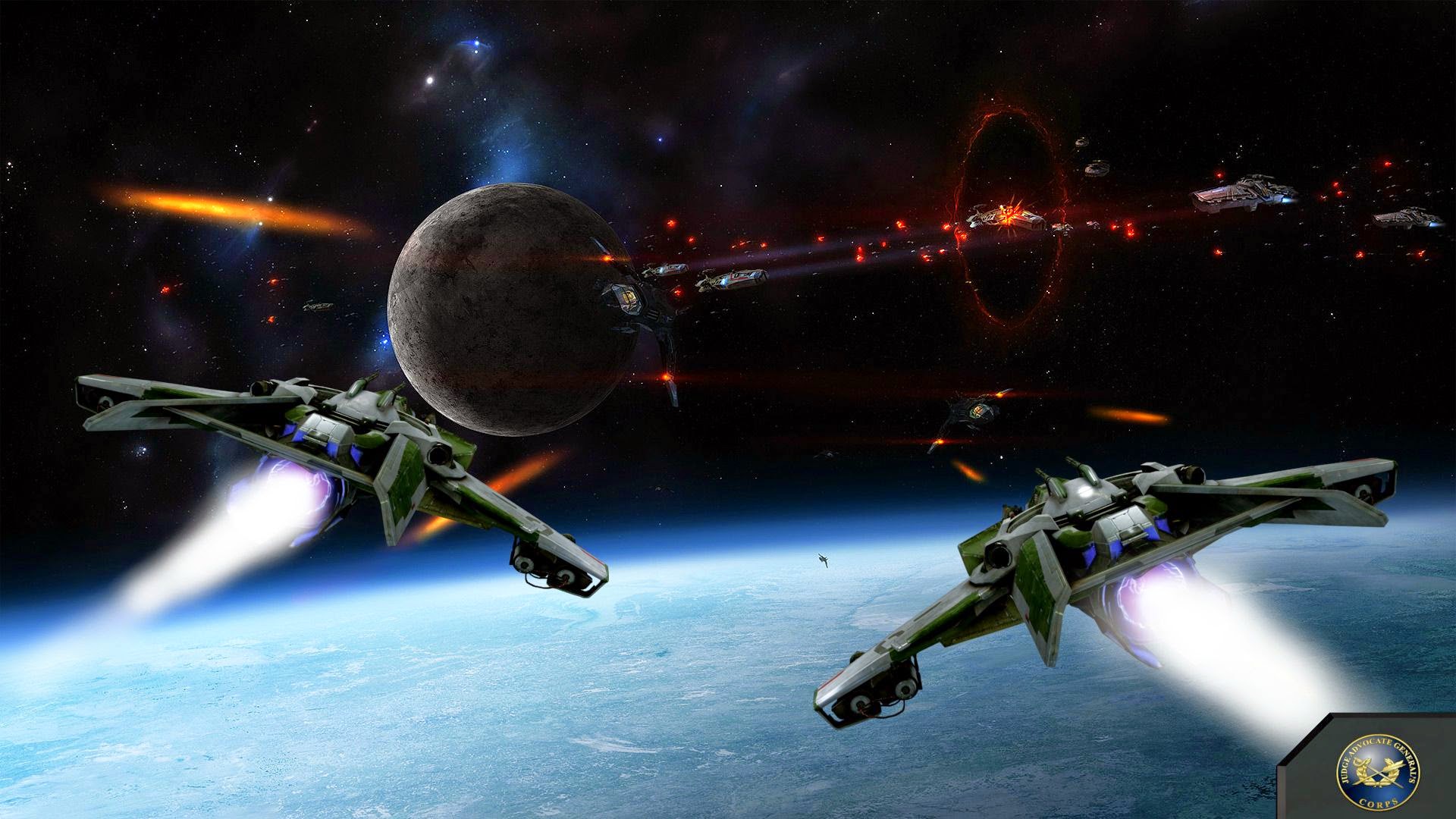 Currently there are two flight modes:  Coupled and Decoupled.  You can switch between these modes with the ‘V‘ key by default.

Real Quick:  Looking for how to go faster?  Use your mousewheel to adjust your velocity limiter.  If you are looking for more information, read on.

Your ship flies like it is in atmosphere.  You throttle up and it tries to go forward.  You pull back on the throttle and it tries to slow down.  If you turn it attempts to bring your ship to fly in whatever direction you turned to and tries to make your velocity what you have it set to.

Sometimes known as the velocity limiter – by default you can change it with mousewheel up or down.  It essentially tells the IFCS onboard your ship what the maximum velocity it can be moving.  If it is ever above that limit (shown by a horizontal line on the left vertical bar) it will do whatever it takes to bring the ship below that velocity limit.  When providing thrust (default: W) or setting cruise (default: C) your ship will not exceed this limit.

SCM or Space Combat Maneuver(s) is the static horizontal tick separating the red from green/blue section of the speed bar.  If your ship is below it, it will maneuver with maximum agility.  Above it and your ship will not be able to turn as quickly.  Each ship is different as some are more maneuverable than others according to mass and thruster capabilities.  This becomes more important after version 3.10.0 as going above this limit will have a drastically increased effect on your ship’s combat capability (See: Leaked 3.10.0 Evocati Patch Notes)

[…] Star Citizen has a lot of great features that aren’t well-documented.  In Star Citizen Auto Landing can be a mystery to some, especially in Alpha 2.0 where a lot of features aren’t apparent, such as playing in the same instance with friends or Star Citizen Flight Modes. […]